When I visited my therapist a couple of days ago, I told her that I hoped my move to Washington would be a transformational experience for me.  I’ve been stuck in a rut here for a long time.  I’ve been an emotional & mental train wreck for the past… well, forever. I need to resume better eating & exercise habits.  I’ve been able to motivate myself to do it before, and I need to do it again.  I’m not getting any younger, and the older I get, the harder it’s going to be for me to get where I need to be.  But anxiety and depression — largely caused by my current home — has me feeling confined, trapped, and unable to move forward.

She told me, flat out,

“You’re not going to magically become this new person when you move out there.  You’re still going to be you.”

Of course, she didn’t mean that in a negative way.  She wasn’t suggesting that change is impossible.  Rather, she wants me to assess the situation for what it really is.  She explained that yes, the change in my living arrangements is most likely a very positive thing, and it can lead to many improvements for me.  But all of my inner problems are not going to just disappear.  And I shouldn’t expect them to, because it would set me up for a big letdown.

Which makes perfect sense to me.  Back in 2003, when I first moved into my current residence, I had that mind-set.  Prior to that, I had been living a miserable, cramped, no-privacy existence for eight years at my grandmother’s house.  I thought that moving into a new home would free me, that I’d be like a phoenix rising from ashes, that I’d be this completely shiny brand new person.  But, I wasn’t.  My life fell apart in other ways after that.  The disappointment that I was NOT a “new” person who was suddenly happy and fulfilled added to my despair and only made things worse.  Instead of being able to appreciate the new improvements that moving did for me (a bigger house, more room, more privacy, fewer aggravating people to live with), I was really let down that I was not magically happy.  It took me a few years to pull myself out of that funk.

One of the good things that came out of that miserable time is that I found Second Life.  In May of 2005, I think I read a short blurb about it in a magazine — I can’t even remember which one.  It was, quite honestly, just the thing I needed.  I’ve never really been a gamer, but have been known to occasionally really, deeply latch onto a game every now & again.  I was obsessed with Animal Crossing for awhile, and logged many, many hours playing Morrowind on my roommate’s Xbox.  It was just about the time I was getting tired of Morrowind that I first created my Second Life account. 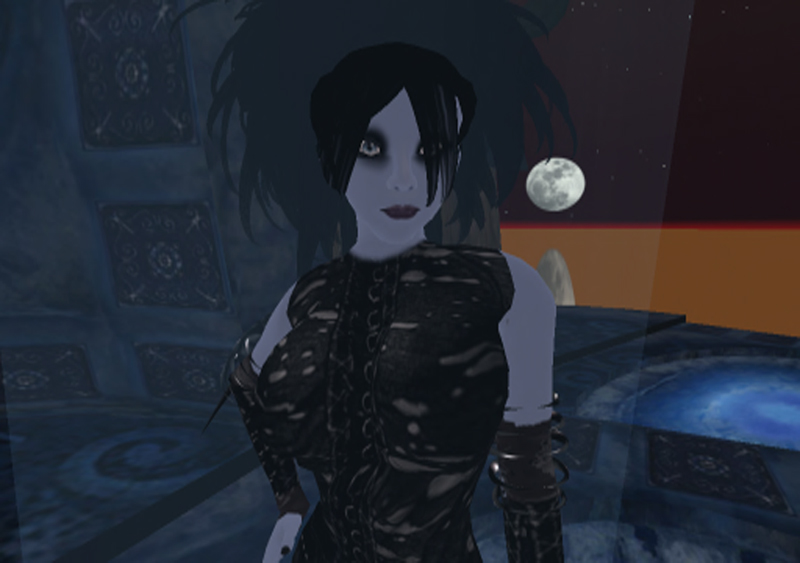 So, in a way, I did become a new person.

Through my avatar, I learned a lot about myself.  But I was not a completely different person in the way I had anticipated becoming when I moved.  I was still ME — but by spending time logged into Second Life as my cyberspace-self, I was able to deepen my introspection.  I learned to grow and to become stronger.  I learned how to accept and make peace with certain things about myself that I had been blocking out for a long time.  I learned more about relationships, both friendly and romantic.  I learned a lot about being an artist, too.  I have not cured all of my problems, but some of them have gotten less severe.

When I finally get to my new home in Washington, I will try to keep in mind that, yes, I will still be ME — moving to a new place will not be a magic wand of change.  However, I will have new experiences and opportunities that can help me to grow and change for the better.

*Postscript:  Moving is expensive as hell, and you can help me to raise money AND reduce the amount of stuff I have to bring with me by buying some of my items on Ebay.  Or, by passing it along to people you think might want some of it.  Most items are books, but I have a few Children’s DVDs too.  Subject matter: Art, craftmaking, photography, New Age/Wicca/Pagan items, blank journals, cookbooks, graphic novels, psychology, movies & film, poetry, collecting, animals, fiction/literature, science fiction, fantasy, humor.  ALL CHEAPLY PRICED. Have a look!